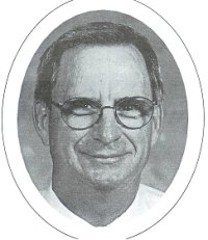 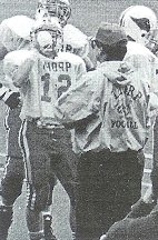 Earl was born in Portland, North Dakota, to Arthur and Selma Larson. He graduated from Portland High School in 1963, and earned letters in football, basketball, baseball, and track. He graduated from Mayville State University in Mayville, North Dakota, in 1968, with a double major in Mathematics and Physical Education. While at Mayville he played outside linebacker and lettered in football. He signed his first contract to teach junior high mathematics in Racine, Wisconsin, where he remained for seven years. During this time he coached track, gymnastics and wrestling.

In 1975, he and his wife, Marcy, moved to Thorp, Wisconsin, where he took a position as junior high mathematics teacher, head wrestling coach, and assistant football coach. After two years he moved to the high school. In 1978 he and two other coaches, Jack Tetzner and Bill Harycki, became possibly the only coaching staff to have three head football coaches at the same time. The following year Earl became the head coach and remained in that position until after the 1997 football season. In his 20 years as head coach, his teams achieved a record of 125-67. His teams won a State Championship in Division 6 in 1993, returned to the Championships in 1994 and finished as the runner-up, won 3 conference championships, finished 2nd in the conference 7 times, made the state playoffs 7 times, and had 2 undefeated regular seasons. He was chosen to be the head coach of the North squad in the 1997 Shrine Bowl, which the North won 17-7.

Earl has been a registered basketball official for over 20 years and has been a long-time member of the Wisconsin Football Coaches Association. While a teacher he was very active in his local teacher's association and held various offices as well as being a member of the negotiations team.

Earl and his wife of 30 years, Marcy, have 5 children: Stephanie, Bryan, Andrea, Erica, and Paul. He would like to thank his family for their encouragement over the years. He would also like to thank all the players he has had the opportunity to work with, the assistant coaches who had so much to do with the success enjoyed over the years, the fans for their support, and finally his fellow coaches for this great honor.