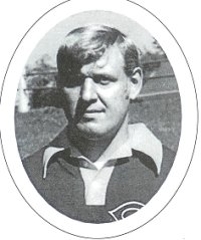 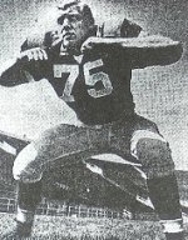 Phil began his sports career at South Milwaukee High School, earning varsity letters in football, volleyball and track. He played tackle on the undefeated 1961 Suburban Conference Championship team. In his junior and senior years, he was named to the All-Conference team. In his senior year he received All-State honors.

Phil attended the University of Wisconsin in Madison on a football scholarship and was a three-year starter for the Badgers. He was selected to play in the North-South All-Star game in 1966. In January of 1968, he graduated with honors from UW with a BS in Physical Education and went on to play in the National Football League as the starting center for the Atlanta Falcons in 1968. He is a proud life-time member of the National W Club.

Phil began teaching in the West Allis-West Milwaukee School District in the fall of 1970. He was selected as the head football coach at West Allis Central High School in 1971 and continued coaching for 22 memorable seasons. At Central, he also coached wrestling, track and girls basketball. During his tenure as football coach, Central won four Suburban Conference Championships, participated in two state tournaments and had 16 winning seasons. He finished with an overall record of 109-84. He was selected as the Suburban Conference Coach of the Year in 1977 and Regional Coach of the Year in 1984, 1989 and 1990. Phil was inducted into the West Allis Central High School Football Hall of Fame in 2001 as their inaugural member.

Phil continued his formal education while coaching and received his Masters degree from the University of Wisconsin-Whitewater in 1984. He completed his Ph.D. in Educational Administration in 1999 at the University of Wisconsin-Milwaukee. He left West Allis to become the Superintendent of Schools for the Monona Grove School District from 1996-1999. West Allis-West Milwaukee welcomed him back as their Superintendent in 1999.