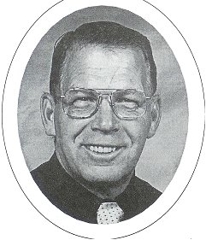 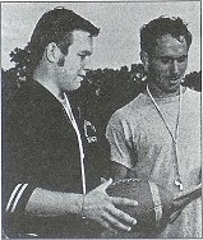 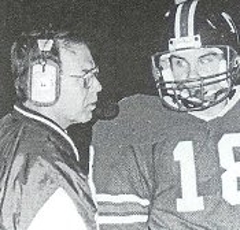 John Wainwright, he oldest of six children, was born in Prairie du Chien, Wisconsin, to Robert and AnnaLucy Wainwright. Raised in a sports-oriented family, John's entire life has revolved around athletics. John's grandfather, William Hoffman, was inducted into the WFCA Hall of Fame in 1981.

John graduated from Paririe du Chien High School in 1961. He was the Senior Class president, the winner of the Sportsmanship Award as a senior and a multiple letter winner in track, football and baseball.

John played football at and received his B.S. degree in Industrial Arts from UW-Platteville in 1966. John received his Master's degree from the UW-Superior 1986.

John's football career includes 4 conference championships. John was Varsity Assistant/Offensive Coordinator at Black Hawk during the 1970 and 1972 championships years. As the Head Coach at Northland Pines High School, John's 1981 and 1986 championship teams were undefeated. John's NPHS Eagles qualified for the playoffs in 1981 (semi-finalist), in 1986 (Division 3 State Runner-up) and in 1988. John's total career coaching record was 172-155-3 over 36 years.

John is a past-president of St. Peter the Fisherman School Board and the Eagle River Lions Club of which he has been a member for 26 years. John was instrumental in the organization of the Northern Wisconsin Pop Warner Association and presently serves on its governing board. He has also served as the press liaison for the World Championship Snowmobile Derby for 25 years.