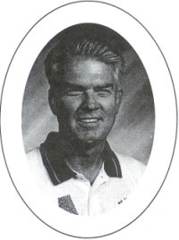 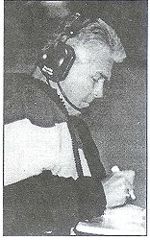 Mark graduated from Barron High School, Barron, Wisconsin, in 1966, where he participated in football, basketball, and baseball. His senior year he was captain of the baseball and football teams. The football team ended up undefeated and ranked number one in the small school poll. He attended UW-La Crosse and graduated with a BS degree in History and Physical Education. While at La Crosse, he played football for three years.

Mark's first teaching job was at Hempstead High School in Dubuque, Iowa. He taught US History and was a varsity assistant to Jim Warren, his high school football coach from 1970-1973. He also coached freshman basketball and track.

In 1973 Mark was hired as the head football coach at Amery High School, Amery, Wisconsin. He taught Social Studies and also coached the freshman basketball team. During his six years at Amery, his record was 35 wins and 17 losses, with one conference championship and two second place finishes.

In 1979, Mark became the head football coach at Platteville High School. The Platteville Hillmen have won 13 conference titles and finished second in the conference 4 times. The Hillmen have made the playoffs 14 times and won a state championship in 1983. In 28 years as a head football coach, his teams have won 199 games and lost 78. Mark gave up the head coaching duties following the 2000 season but has continued coaching at the freshmen level. He has also coached basketball at the freshman level since 1993.

Mark was selected as UW-La Crosse Alumni Coach of the Year in 1984. He also served as an assistant on the 1985 Wisconsin Shrine game. Mark is very active in the Platteville Education Association and has been their head negotiator since 1986.

He would like to thank the many great athletes that made the seasons so enjoyable and rewarding. A special "thank you" to the many assistant coaches who must share in this honor, especially Dennis Kueter.