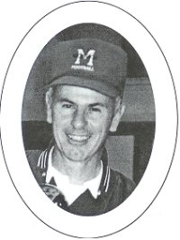 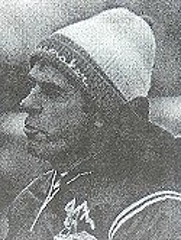 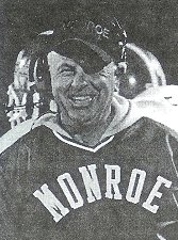 Dick started teaching mathematics and coaching freshman basketball at Sturgeon Bay in 1960. From 1962 to 1965 he was in Monroe teaching Mathematics and coaching cross-country. In 1965 he was granted a National Science Foundation Academic Year Scholarship at Notre Dame, earning a Master's degree in Mathematics in 1966. In 1966-67, he was a member of the Notre Dame faculty teaching Calculus. In 1967-1968, he taught at Coe College in Cedar Rapids, Iowa. In 1968, he returned to Monroe High School to head the Mathematics Department, teach math, and serve as assistant golf coach. In 1979, he became an assistant football coach. He retired from teaching in 1997, but continues as assistant football coach. While serving as Monroe's defensive coordinator, the Cheesemakers won 11 conference championships, qualified for the playoffs 15 times, were state semi-finalists in 89, 93, and 2000, were state runners-up in 87, 95, and 96, and won the State Championship in 86, 90, 91, 92, and 94. His Monroe coaching record stands at 195-65.

Dick was named District Assistant Coach of the Year in 1996. He was a member of the South coaching staff for the 1988 Shrine Game. In his teaching career, he received the Monroe Jaycees' Outstanding Young Educator award in 1971.

Dick and his wife Kip have been married 44 years. Their 3 sons, Terry, Ted, and Den, as players, all helped turn the Monroe program from doormats to contenders. Their daughter, Mary, had the dubious "pleasure" of seeing her father, while coaching his very first game, get knocked on his "backside" during a sideline tackle.

Dick extends his appreciation to those who were influential in his development as a football coach - special mention to Mike Curtis, Steve Christensen, and Tom Witt - but mostly to Pat Martin for taking him under his wing to be a part of the Monroe program. Last, but not least, he will treasure the support of the Cheesemaker fans and the dedication of the many players whose efforts have led to this award.