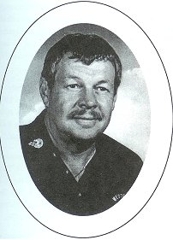 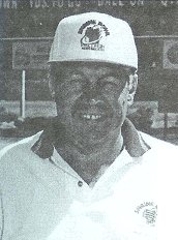 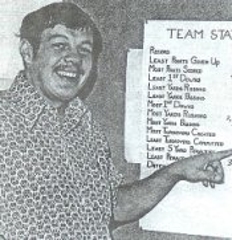 Allan was born in Ironwood, Michigan, to Toivo and Mamie Kangas. He graduated from Luther L. Wright High School there in 1956 and earned two letters in football. His senior year he was elected Co-Captain of the Red Devils and received both All-U.P. and All-State Honorable Mention honors.

Also, about the same time he followed his father's footsteps; he became a bricklayer and received his Journeyman's card in 1960. He continued in the trade throughout his college and teaching career. Upon his retirement, he worked on the new Westfield High School.

In 1961 he transferred to Superior State University, graduating with a BS in Secondary Education in 1964 and a Master's Degree in Guidance in 1965. While at Superior, he lettered three years for the Yellowjacket's football team.

In 1965, he and his family moved to Cumberland, Wisconsin, where he taught Social Studies and was an assistant football and wrestling coach for two years.

In 1967 the family moved to Hillsboro, Wisconsin, where he became the Head Football coach, finishing second in the Scenic Central Conference to Westby in 1968.

In the fall of 1970 he and the family moved to Westfield where he became the Head Football and Golf coach for 26 years and an assistant wrestling coach for the first three years. During this period of time, the Westfield football team won two Dual County Conference championships, came in second 11 times and finished with a record of 168-95-2. The golf team for the Pioneers won 12 championships.

Career highlights would include coaching both sons, Kirk and Erick, being an assistant coach under Ed Goss in the 1986 Shrine game, and being the Co-Head coach with Greg Dufek in 1996; also participating in the first state football playoffs in 1976.

"The people I would like to thank are my wife, Elaine, of 43 years, our children, Kirk, Kristine and Kathleen Haas (twins), and Erick and Elisa Greiner (twins) for their support over the years. Two others would be Jon Swenson, who hired me and was my principal for all those years and supported me, along with my friend and assistant in football for twenty years, Jerry Stampfl."

With the benefit of hindsight, my greatest degree of satisfaction comes from my present relationship with many of my former players, many who play at ThaI Acres Golf Course.