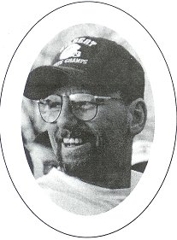 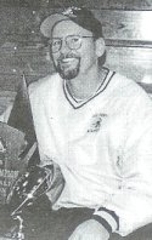 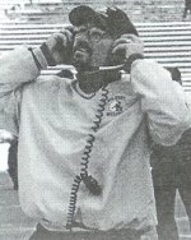 Mike started his teaching and coaching career at Hilbert in the fall of 1975 and has been there for the last 28 years teaching physical education and health. Mike would like to thank the wonderful community of Hilbert for all there friendships and support. Mike is extremely grateful for the tremendous support of the staff and administration, the hard working dedicated athletes and the assistant football coaches. A special thanks to his family, Wes and Kylie, especially his wife, Diane, for all the understanding and patience, and his parents for always being there. "Behind every successful wife there is a very lucky coach."

Mike was the head girls cross-country coach for 3 years, state team appearance in 1997, and named the District IV Cross Country Coach of the Year.

He served as the assistant track, sprint coach for the past 27 years for both the boys and girls track teams. In that time they won 6 girls conference championships and 2 boys. They were also Girls State Track Runner-ups in 85-92-94 and State Track Champions in 1995. Mike also served as the head baseball coach for 2 years.

In addition to those duties he has also served as Athletic Director from 1989 to present.

"Pride is a personal commitment: It is an attitude which separates excellence from mediocrity."