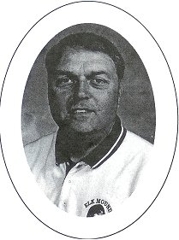 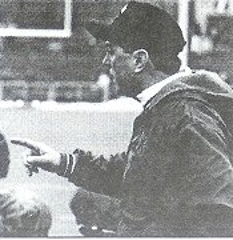 Dan was raised in Eau Claire, Wisconsin. He is the third oldest of nine children. Dan graduated from Regis High School in 1969, earning 12 Varsity Letters in football, basketball, track, and baseball. He was honored with All-Conference, All-District, and the Senior Athlete award. At the University of Wisconsin-Eau Claire, Dan lettered four years as a defensive back and kicker. He graduated with a Bachelor of Science degree in Geography and Physical Education. Dan earned his Master's Degree in Education from Winona State in 1980. He was distinguished with the Wal-Mart Teacher of the Year Award in 1995.

During the fall of 1974, Dan began his career at Elk Mound High School as the Physical Education teacher and the head coach of football and track. He assumed the head basketball position five years later. During two and a half decades, Dan worked the hardwood and the grass. He retired from basketball in 2002, earning 352 wins, ten conference championships, and two state final appearances at Madison. During the summer of 1993, Dan served as an assistant for the WBCA All-Star Game. He also served as a member for the WlAA Basketball Coaches Advisory Committee.

A long-time member of the WFCA Dan served as an assistant coach for the 1983 North Shrine Team. A significant highlight of Dan's career was being named head coach of the 1995 North All-Star Team. North defeated South 13 to 6. The WFCA deserves special recognition for helping Dan achieve his goals as a football coach.

Dan reflects upon his early experiences and credits much of his competitive nature and athletic accomplishments to his parents, Trig and Mae, who provided and encouraged participation in all activities. In addition, he attributes his quest for challenges from the many sibling rivalries and competitions that occur among eight brothers and sisters. Dan values the guidance he received from his older brother, Steve, who he considers to be the most competitive person he knows.

Dan's wife and best friend, Jane, have been married for 32 years; he wants to thank her and their children, Paul (Julie) and Jenny (Kevin), for their endless love, encouragement, and support and for allowing football to be a passionate part of their lives. Besides his numerous brothers, sisters and in-laws, Dan has four additional fans in grandchildren, Jake, Jenae, Cameron Daniel, and Caden.

Dan shares this award with all his coaches and thanks them for their years of loyalty, dedication, and lifetime friendship. Dan also appreciates the privilege of working in a quality school district such as Elk Mound and thanks the administration, booster club, and the many dedicated athletes who helped make this award possible.