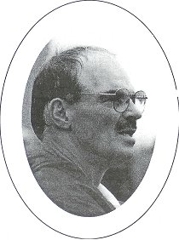 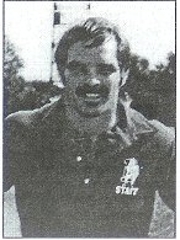 Jerry, whose name has been synonymous with football in Milton for 29 years, graduated from South Wayne Blackhawk High School, South Wayne, Wis., where he lettered in football, baseball, and basketball. "I feel very fortunate to have played for the late Jerry Gruman while at Blackhawk," Jerry says. "He provided the motivation and inspiration to become a coach and a teacher of young people."

Following high school, Jerry attended the University of Wisconsin-Platteville, where he played football, baseball and junior varsity basketball. Jerry was a four-year letter winner in football, named most valuable player his sophomore year, and served as team co-captain his senior year. He also was a four-year member of the varsity baseball team.

He graduated from UW-Platteville in 1965 with a Bachelor's degree in biology. In 1970, Jerry earned a Master's degree in physical education from Winona State University, Winona, Minn.

Jerry began his teaching and coaching career at Bowler High School, Bowler, Wis., in 1965. After one year, Jerry took a teaching position at Oconto High School, Oconto, Wis., where he served as head football coach from 1966-1970 and led the football team to its first conference championship in 36 years.

In addition to his high school coaching experience, Jerry also has had extensive experience coaching semi -professional and professional football teams. He served as offensive coordinator of the Delavan Red Devils from 1973-1976 and took over head-coaching responsibilities in 1977 until 1980. Under his leadership, the Red Devils captured league championship in the Northern States Football League in 1977, 1978, 1979, and 1980.

Jerry coached the Minor Professional Football Association National Championship game in 1980 and 1981. Jerry was the first head coach of the Janesville Cavaliers expansion team in 1984 and 1985. Most recently, Jerry took his coaching talents abroad last summer to serve as defensive coordinator of the Fran Ken Knights (German Football League) in Rothenburg, Germany.

In addition to these achievements and honors, Jerry has coached numerous players who have gone on to play major college football. The most notable is Mike Saunders, a University of Iowa standout from 1988-1991. Mike was drafted by the Pittsburgh Steelers in 1992 and became a star running back in the Canadian Football League from 1992-1999. Jerry's talents in other sports have led to other coaching achievements as well. He has been the Milton High School assistant baseball coach since 1975 and the freshman boys' basketball coach since 1991. Before that, he coached freshman girls' basketball from 1978-1991 and served as the assistant wrestling coach from 1975-1978. Jerry also was an assistant baseball coach at Milton College in 1977 and coached Milton's American Legion baseball team in 1987, when the team was the state runner-up. Previous to that, Jerry spent many summers volunteering as a coach in the Milton summer baseball program and YMCA basketball in Janesville.