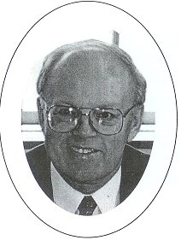 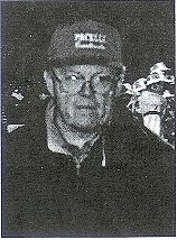 Don was the oldest of three children born to Pat and Eileen Soderberg of Thorp, Wisconsin. He graduated from Thorp High School in 1957 earning three letters each in football, basketball and baseball. Ray Gripentrog, a WFCA Hall of Farner, was Don's high school football coach.

During 33 of his 36 years of coaching football, Don worked with 3 WFCA Hall of Fame coaches: he worked under Win Brockmeyer while in Wausau, Walt Kroll at Marshfield Columbus, and as offensive coordinator with Bob Raczek at Stevens Point Pacelli. During his high school coaching career, his teams' records totaled 229-81-2. While at Auburndale, Columbus and Pacelli they won 12 conference championships, made 14 WISAA play-offs, won 2 WISAA State Championships, and were WISAA runners-up 4 times.

In 1996, Don was named WFCA District XXIII Assistant Coach of the Year and also received the WFCA 30 year Service Award. Besides coaching football, Don also coached basketball for 25 years. In 2000, he was inducted into the Wisconsin Basketball Coaches Association Hall of Fame. That same year he was inducted into the Pacelli High School Athletic Hall of Fame for football and basketball.

Highlights of Don's coaching career include coaching many terrific young men and being associated with a number of outstanding coaches. His most significant memory (and honor) was coaching his four sons in football and basketball.

Finally, Don wishes to extend a special thanks to the WFCA for recognizing assistant coaches for the role they play in a team's success and to the coaches responsible for his nomination and induction into the WFCA Hall of Fame.