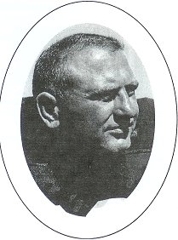 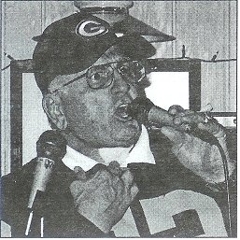 Who knew that out of small, Altoona, Wisconsin, would rise one of Wisconsin's biggest sports legends, Frederick "Fuzzy" Thurston. Fuzzy, a basketball star in Altoona during the early 50's, would attend college on a basketball scholarship at Valparaiso University, switch sports to football his junior year, and go on to enjoy one of the most successful professional football careers of all time. A winner of 6 NFL Championships over the 10 seasons he played, Fuzzy was awarded with several honors including being named alongside the other famed "Guardian Angel" Jerry Kramer as the best combination at their positions during the first 50 years of professional football.

Fuzzy considers family as one of his dearest treasures. Along with his wife, Susan, sons, Mark and Griff, and daughter, Tori, their spouses and the grandchildren, Fuzzy values the times he spends with his family as the most important time of his life. Not a day goes by without Fuzzy making plans for some type of family get together.

Of course, how could we talk about Fuzzy without mentioning the Green Bay Packers. Fuzzy joined the Packers in 1959, fresh off his championship season with the Baltimore Colts, and the same year a guy named Vince Lombardi showed up to coach.

Fuzzy, Lombardi and the rest of the Packers would go on to be remembered as one of the greatest football dynasties of all time. Fuzzy's 9-year career with the Packers includes 5 World Championships, including the first 2 Super Bowls, and 3 All-Pro honors in 1961 1962 and 1963. In 1962 he received more votes for All-Pro than any other player, an honor he considers his greatest. Today he continues to watch and support his former team and is considered by most the greatest Packer fan of all time.