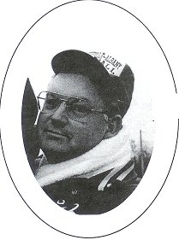 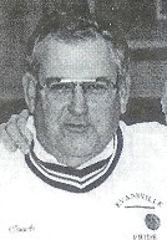 Duane graduated from Boscobel High School in 1963. While at Boscobel, he participated in football, basketball, baseball, and track. He attended UW-Platteville and received his BS degree in secondary education in 1968 with a major in Mathematics.

It was while attending Platteville that he married his wife of 36 years, Mary. They have three children: Phillip (Ivy) Updike, Jill (Michael) Johnson, and Jeffrey (Linda) Updike, as well as six grandchildren: Aaron, Andrew, and Braden Updike and Matthew, Mitchell, and Julia Johnson.

In the fall of 1968, Duane started his teaching career at Evansville High School where he taught math for 34 years. During his tenure at Evansville, he coached football for 34 years including head coach in 1980 and offensive coordinator from 1981-2001. During these years, Evansville won 5 conference championships and finished second 14 times. They made the playoffs 10 times, and made it one game from state three times. Duane’s offense averaged 289 yards and 21.5 points per game, with an overall record of 191-91. Duane was Rock Valley Conference and WICA District Coach of the Year in 1995 and 2000. He was a South All-Star coach for the Shrine Game in 1995.

Duane also coached basketball at Evansville for 34 years, becoming head coach in 1980. He had over 400 wins including 310 at the varsity level. Evansville won 7 conference and 6 regional titles with a Rock Valley Conference record during the last 10 years of 130-18. Duane was coach of the year 7 times, assistant coach for the high school All-Star game in 1996, and was head coach of the Division 3-4 South All-Star team in 1998.

Duane feels blessed to have had the support of his entire family and would like to thank them for their encouragement over the years. A special thank you to his mother for guidance as a young athlete, his wife, Mary, and daughter, Jill, for always being there, and his sons, Phil and Jeff, who he had the opportunity to coach in all three sports. He would like to thank his long-time friend and fellow coach of 30 years, Ron Grovesteen. Duane would also like to acknowledge the tremendous support of all parents, students and players that he had the privilege to work and coach with. All these people are the ones that made this honor possible.

And a big "Thank You" to the WFCA. Entering the Hall Of Fame is the greatest honor that can be bestowed on a high school football coach.