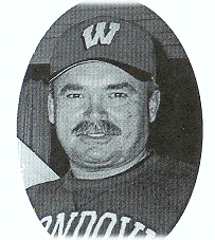 Tom graduated in 1969 from Durand High School in Durand, Wisconsin. While at Durand High School, he quarterbacked four undefeated football teams under Hall-of-Fame coach Pete Adler; played on two state tournament baseball teams, coached by Lester Martin; and played on a state tournament basketball team, coached by Al Ormson. Tom then attended the University of Wisconsin-Eau Claire, where he started four years for Hall of Fame coach, Link Walker. At this time, Tom was selected All-Conference, All-District, MVP, and Team Captain. He later served as the varsity backfield coach in 1975. In addition, Tom lettered three years in baseball and became an assistant coach in the spring of 1976. Tom graduated with a bachelor's degree in History and in Physical Education, and was later inducted into the UW-Eau Claire Blugold Hall of Fame in 1984.

Tom began his career in 1976 at Elmwood High School in Elmwood, Wisconsin, where he enjoyed six wonderful years teaching Physical Education and Health for the legendary Superintendent, Don Schmitz. As head football coach, Tom followed in the footsteps of Hall of Fame coach Arnie Mckernon, where his teams earned a conference championship and were runners-up three times. Tom was named District Coach of the Year in 1977 and was a member of the coaching staff on the North All-Star team in the 1978 Shrine Bowl.

In 1982, Tom moved to Mondovi High School in Mondovi, Wisconsin. The principal at that time was Hall of Fame coach Mike "Milo" Anderson. He taught Physical Education, Health, Students-at-Risk, and later became the Athletic Director. During his time at Mondovi, Tom's teams won five conference championships, were runners-up seven times, qualified for the WIAA state play-offs seven times, and were state finalists one time. In 2001, his team produced the best regular season record in school history. Tom was named District Coach of the Year in 1990 and 2001. He also received the Victors Award for 100 and 150 wins.