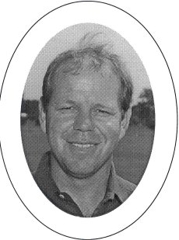 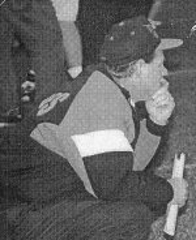 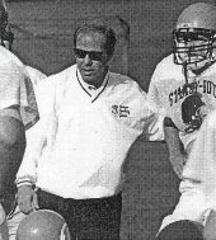 He attended UW-Barron County for two years and played basketball, baseball and golf. He completed his B.S. degree in physical education at the University of Wisconsin-LaCrosse in 1978.

Jim started his professional career in the Stanley-Boyd School District in 1979. He taught junior high physical education and coached junior varsity football and junior high basketball. In 1984, Jim became the head football coach at Stanley-Boyd and retired from that position in 2002.

During his 19-year tenure as head coach of the Orioles, the team won or shared 9 Large Cloverbelt Conference championships, qualified for the state play­offs 15 times, were the state runners-up in 1986 and 1996, and won the state championship in 1991 and 1995. His overall football record is 142-62.

Jim was named the District Coach of the Year in 1986, 1987, 1990, and 1991. In 1997 he was named the Wisconsin Football Coaches Association Coach of the Year. He had the opportunity to be an assistant coach for two Shrine Bowls (1984 and 1997) and the head coach in 1999. Jim was a District V representative for the WFCA. Coach Brinker received the Jaycee's Outstanding Young Man Award in 1996.

There have been many people instrumental in the success of the Stanley-Boyd Football Program and Jim would like to thank his players and coaching staff for their dedication and hard work throughout his 19 years as their head coach. A special thanks goes out to Mike McDaniels (his mentor for four years), Lee LaFlamme (his defensive coordinator and friend) and the Stanley-Boyd administration for their complete support throughout his football coaching career.

And lastly, he would like to thank the WFCA and all the football coaches in the State of Wisconsin for their pas­sion for high school football and making my 24 years of coaching so enjoyable.