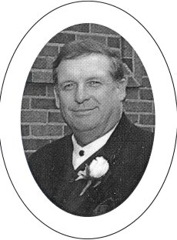 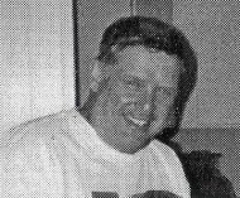 Tom was born in Green Bay, Wisconsin, to John and Doris Handlen. He was a 1965 graduate of West High School. Tom has been married to his wife Janis for 35
years. They have six children, Jeff (Jenny) Handlen of Oak Creek, Jennifer (Lance) Wagner of Janesville, Kathleen (Matt) Handke of Phoenix, AZ, Malinda (Rob) Whitehouse of Oak Creek, Bobbi Jo Handlen and John Handlen, both of Madison. Tom also has two grandchildren, Jack and Jed Wagner.

In his early years, Tom enjoyed duck hunting off the shores of Green Bay with his father and grandfather. From high school on, Tom has been a year round competitor in amateur recreation sports. He started out with a group of classmates playing single A fast-pitch softball for a team sponsored by Dick Brothers Bakery. The group moved up to the AAA level in the city recreation league as the Benkowski Budweiser team, winning that league in the first year. Tom has played for several teams over his 20 year softball career, playing in the Green Bay recreation league and the Fox Valley Classic Fast-pitch Softball League. They include Military Golfland of Green Bay, The Bar of Green Bay, Tommy's Angels of Oshkosh and All Car of Antigo. In 1974, Tommy's Angels placed 4th at the ISC World Tournament in Long Beach, California. In the 1978 ISC World Tournament in Kimberly, Wisconsin, Tom was named the All Tournament Team Second Baseman. Tom was also nominated for the Pan American Games in 1979.

In the 70's, Tom broadened his involvement in competitive athletics by becoming active in the sport of racquetball. His participation in the sport has taken him to several tournaments at the state and national levels. Beyond his personal sports interests in Green Bay, Tom enjoyed coaching the St. Joseph Grade School basketball and tackle football teams.

In 1983, Tom moved his family to the Madison area to pursue business interests, settling in Sun Prairie. There he coached the Sun Prairie Legion Baseball team and the Sun Prairie Teener Baseball team. Tom also continued to play racquetball, winning several singles and doubles tournaments, including many state championships.

All of Tom's six children attended Sun Prairie High School, each one active in athletics with the strong support and participation of their father. The athletic careers of his children included many highlights throughout the years. Jeff, Tom's oldest son, was named First Team All-State in baseball in 1988. Jennifer and Katie, his oldest daughters, were softball teammates. Jennifer was named the WIAA Scholar Athlete for the class of 1991. Mindy and Bobbi Jo both competed in the golf programs at Sun Prairie High School and UW Oshkosh. Mindy was named :
the WIAC Scholor Athlete of 2000.  John, Tom's youngest son, was a first line hockey player on the 2000 and 2001 Big Eight Championship teams.

Today, Tom enjoys golfing with his wife and children, and has already begun preparing his five year-old and two year-old grandsons for future competition.

Tom has been very active over the years working with the Wisconsin Football Coaches Association in obtaining sponsorships through Adidas and Reebok for the WFCA Clinic. His association with Nike, along with the collaborative efforts of Dick Rundle, has made possible a Nike sponsorship program for the WFCA. Tom has a strong sense of the high quality and purpose of the WFCA. His personal and business relations with the coaches, and also his first hand observation of the coaches' dedication to this program, have been his motivation to be part of the WFCA, an organization regarded as the best in the country.