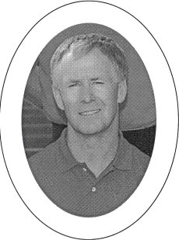 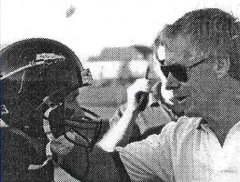 Dennis graduated from West Milwaukee High School in 1969 where he was a four-year participant in football, playing for head coach Ray Sonneberg and position coach Dick Mintken. Dennis was elected captain and earned all-suburban conference hon­ors in 1968. He attended UW-LaCrosse (UW-L) in 1969 and played varsity football under Roger Harring and linebacker coach Roland Christensen.

Dennis enlisted in the United States Marine Corps in 1970 where he co-captained the third marine division football team that won the inter-service championship in Okinawa, Japan in 1971.

After discharge from the Marine Corps, Dennis returned to UW-L and played on the 1973, 1974 and 1975 WSUC championship teams. Dennis graduated from UW-L in 1975 with a degree in physical education and health education.

Dennis began his teaching and coaching career at Wisconsin Rapids Lincoln High School where he taught physical education and coached as an assistant to Ted Thompson in 1976 and Ken Biegel in 1977 and 1978. Dennis was also the girls' head track coach.

In 1979 Dennis was hired at Muskego High School as a physical education teacher and served as varsity assistant to Don Kangas. He also coached as an assistant in track and wrestling. In 1980 Dennis was hired as head football coach. In his nineteen years as coach Muskego won five championships, qualified for the WIAA playoffs seven times, and was state runner-up in 1994. During his tenure Muskego compiled a 112/72 win/loss record.

Dennis was a member of the coaching staff for the South All Star Team in the 1998 Shrine Bowl.

Dennis would like to thank all the inspirational coaches, close friends and outstanding players that have made his coaching career so rewarding.

Dennis has had lots of fun and success over the years due to the strong support and friendship of his coaching staff, especially his long time assistants and lifelong friends, Rob Domenosky, Dave Alfery, Larry Milton and the late Dave Salentine.