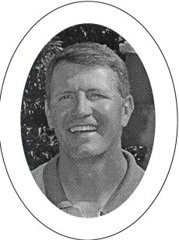 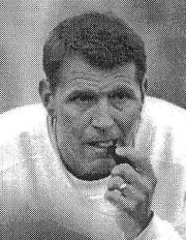 Dan graduated from Oshkosh High School, Oshkosh, Wisconsin in 1971. He played high school baseball and basketball and was a three year participant in varsity football playing for Hall of Fame Coach Harold Schumerth. He graduated from UW-Oshkosh in 1975 with a B.S. in Physical Education. In 1991, Dan received his Masters Degree in School Administration from UW-Milwaukee.

Dan started teaching physical education and health at Sheboygan Falls High School in 1976. In addition to football he has coached wrestling, track and baseball. After serving six years as an assistant, Dan became the varsity football coach in 1982. During his 22 years as head coach his teams have won 11 conference championships and have qualified for the state playoffs 16 times.

His teams have reached the state semi-finals four times and his 1997 team was a state runner-up. In 2000 Dan's team went 14-0 and won the Division III State Championship posting eleven shutouts in their perfect season. He was voted the State Coach of the Year in 2000. His record as a head coach stands at 184-50.

In 1996 Dan was the head coach of the North Shrine team as they earned an 18-14 victory. He has had the privilege of watching 14 of his former players participate in the state Shrine game. He is currently a district representative for the WFCA.

Dan wishes to extend his appreciation to all the dedicated young men he has had a chance to coach. The quality and character of the players he has had the pleasure to work with has been outstanding. Furthermore, he has been surrounded by the most loyal and dedicated group of assistant coaches possible. The times they have shared will never be forgotten.

This honor would not be possible if it were not for the loving and caring support of his family and friends. They have given him the energy necessary to chase a long time dream of being a high school "Football Coach" of the many dedicated athletes.