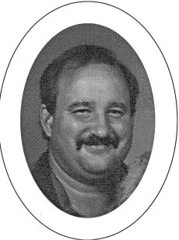 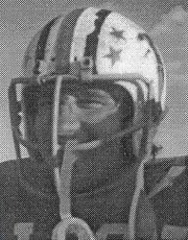 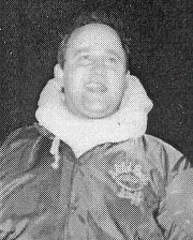 Tom began service as an educator during 1977, coaching and teaching in Urbana, Iowa. Two years later he returned to Wisconsin, teaching science and coaching football and wrestling at Wautoma High School. In the fall of 1981, Tom began a distinguished tenure at Wild Rose High School, where he chaired the science department and continued to coach wrestling and football. Tragically, this gridiron lineage concluded with Coach Klicka's unexpected death on March 9,2003.

The consummate educator, Tom demonstrated excellence both in the classroom and on the field. His academic contributions included the development and implementation of a demanding chemistry and physical science curriculum, which provided the educational foundation for many future professionals. While significant, these advancements in the science laboratory were even surpassed by the 22 remarkable seasons that he served as the head football coach of the Wild Rose Wildcats. Appropriately, his trademark was the wishbone formation; a traditional offensive approach that is predicated upon the same pride and discipline that were the backbone of his program. The prevalence of these fundamentals resulted in seven playoff appearances and five Central Wisconsin Conference (CWC) championships. Tom was also named CWC Coach of the Year five times and the District IT Coach of the Year in 1993, and served as the conference representative on the District II Advisory Committee.

Outstanding coaches, such as those enshrined within the WFCA Hall of Fame, stand among the most distinguished members of the education profession. Far beyond their remarkable gridiron success, their careers have been earmarked by integrity, competence and selfless devotion to the student-athletes fortunate enough to have experienced their guidance. For a quarter century, Coach Tom Klicka represented the essence of these virtues, modestly establishing the substantial credentials that have led to his posthumous induction into this elite fraternity.

Tom's football career began during the early 1970's at Omro High School. Although lettering in both basketball and wrestling, football was the sport where he excelled, twice earning first team all conference honors. Achievement continued at UW River Falls where he earned a B.S. in Chemistry and was an honorable mention All-Conference player.

Through Tom Klicka's induction into the Hall of Fame, the WFCA has recognized a man who was a pillar of his church, school and community. He has been appropriately provided a place among the finest members of his profession. This measure highlights a career that was dedicated to the sport he loved and the student-athletes who played it. Perhaps more importantly, his enshrinement further immortalizes the profound impact that he had upon the lives of an entire generation of Wild Rose Wildcats who will forever honor him as their coach.