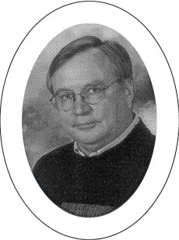 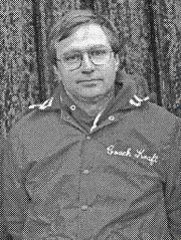 LaMont attended Elcho High School in and was a 12-letter all-conference athlete in basketball, baseball, and football. He attended UW River Falls B.S. and graduated with honors He played Freshman basketball and was in the Phi Alpha Theta National Honor Fraternity 1970

LaMont was at the Seymour Community Schools from 1970-2002; Bill of Rights Centennial Partnership in1988; Middle School Teacher of the Year-1992; and 8th Grade basketball Freshman/varsity football.

LaMont taught social studies for 32 years in, Semour. During those years he volunteered ill the community with 4-H, Boy Scouts and the youth basketball program. Coaching youth basketball for five years was especially rewarding. Players and parents presented him with an engraved gift that read, "Few people have the ability to touch the lives of young adults in a positive way. Thank you for being one of those people." Those players went on to win conference championships in football and baseball and an undefeated state basketball championship in 1996-1997.

LaMont coached freshman/varsity football for 28 years receiving a 1993 20-yr service award, 1995 District IV Assistant Coach of the Year, and 1996 25-year service award. He coached with Bill Collar from 1972 to 1997, working primarily with quarterbacks and offensive backs helping transform Seymour's struggling program into a competitor in the Bay Conference winning its first conference championship in school history in 1985. Additional conference titles came in 1991 and 1996. In LaMont's last 15 years, Seymour's record was 102-49 with numerous playoff appearances, a 1985 state championship and 1991 state runner-up.

Known for attention to detail, LaMont was instrumental in building a Wing-T offense recognized for execution and deception. A highlight was coaching an undefeated conference championship team with his son, a first team all­state selection at quarterback. That season the passing attack produced 22 touchdowns with 2 interceptions. Seymour's offense consistently featured at least one 1,0OO-yard rusher. Defensively, LaMont fielded a hard-hitting secondary flying to the ball, often averaging two or more interceptions per game.

Bill Collar saw LaMont as, "A vital key to the success of Seymour's program -- an exceptional technician who always insisted on doing the little things right. LaMont was not only a great coach, but also an outstanding teacher."

LaMont expressed satisfaction seeing Seymour's program grow and achieve success under Coach Collar's leadership and watching individuals develop as football players and spe­cial young men. Regarding his induction, "I am humbled. I represent many talented, dedicated assistant coaches I have worked with over the years."