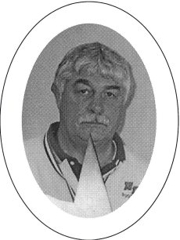 John graduated from Green Bay Premontre in 1966, where he excelled in football, basketball and track. He played Defensive Back and Quarterback on an athletic scholarship to St. Norbert College. John earned his B.A in Sociology from there in 1970.

John's commitment as a coach goes beyond teaching the fundamentals of the sport; he prides himself in teaching his athletes that the formula for living one's life - both on and off the field - is hard work, discipline, and integrity. He has developed a free football clinic for grade school athletes and coached both Little League baseball and grade school basketball. In recognition of these efforts, John earned the Red Smith Award for his contribution to adolescents in the Green Bay area.