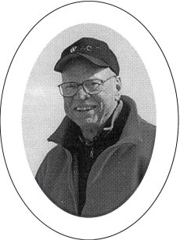 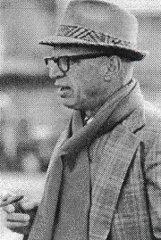 on graduated from Madison West High School in 1945. He lettered in five sports. They included Big 8 and City Football championships in 1943 and 1944. Don was named All-City and All-Big 8 end both years and named captain of the 1944 All-City Shrine team. His only participation in football after high school was punting duels with Earl "Jug" Girard, T.A. Cox and Bob Petruska in UW Physical Education Classes.

Page has been registered as an official with the WIAA since 1950. He has officiated football, basketball, volley­ball and baseball. In 1982 and 1986, State football championship games were on his schedule as well as five other football playoff games.

Upon retirement, Page was the supervisor of football and basketball officials for the Wisconsin Intercollegiate Athletic Conference.

Officiating can take you a long way. In June 1976, Don was one of the officials to help introduce USA college football to European fans. Texas A & I and Henderson State were the teams involved. Games were played in Berlin, Nuremberg, Mannheim, Vienna and Paris.

Don was named the first recipient of the "Dave McClain Distinguished Service Award" by the WFCA in 1987.