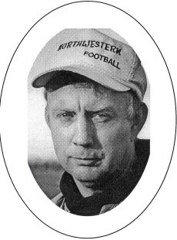 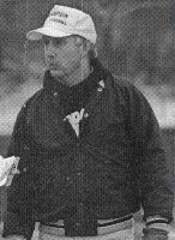 Bill coached football for 27 years in three states, Illinois, Minnesota and Wisconsin. Even though he spent nine years in other states, his coaching career is best defined by his years at Northwestern H.S. in Maple, Wisconsin. In his first year in 1973, Bill took Northwestern from a perennial football doormat to an undefeated and state ranked team. During his career, Northwestern also produced one state championship, one state runner-up, six state playoff teams, six conference championships, seven all-state football players, and twice produced the WFCA "Player of the Year." The Northwestern double wing offense produced a long line of 1000-yard rushers between 1973 and 1996.

Bill's head coaching record stands at 68-22. His 1988 Northwestern Tigers went 13-0 and captured the Wisconsin Division III State Championship. Bill's '73 Northwestern team was undefeated and ranked in the top ten in both state polls. His '75 Hibbing, MN and his '87 Northwestern teams won conference championships and made the state playoffs, both losing that year only to the state champions. As an assistant, Bill coached teams that finished with a 101-35 record. Four of those teams were involved in the state playoffs, with the 1993 team finishing as the Wisconsin Division IV Runner-up.

Bill was the WFCA District 11 Coach of the Year in 1988 and the Minnesota H.S. Football Coaches Association Region 7 Coach of the Year in 1975. He was selected as a coach for the 1988 Wisconsin Shrine Bowl. Bill was inducted into the Superior-Douglas County Chamber of Commerce Hall of Fame in 1990 for his work with the youth of the community in both school and community.

Bill and his wife, Sarah, have two children, Amy and Jeffrey. A highlight of Bill's coaching career was to coach his son, Jeff, in both youth pony football and at the varsity level at Northwestern H.S.

Bill extends his thanks and appreciation to his family, the great student athletes and fans of Northwestern HS, the administration, and especially to the many dedicated coaches that he has had the honor to work with and compete against.