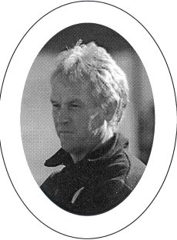 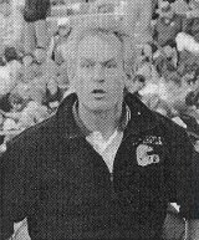 Jim graduated from Pecatonica High School, Blanchardville, Wisconsin, in 1972 where he partici­pated in football, basketball, baseball, and track. He attended Madison Area Technical College, participated in basketball and baseball and graduated with an Associate Degree in marketing in 1974. He then attend­ed UW-LaCrosse and graduated in 1980 with a B.S. in Physical Education.

Jim began his coaching career as head baseball, assistant football and freshman boys' basketball coach at Pecatonica High School in 1980. He started teaching physical education and health and coaching head varsity football at Pecatonica High School in 1983. In 1991, the Pecatonica-Argyle football co-op was formed. He has been head coach up to the present time. During his time as football coach, the Vikings have won 13 conference championships, qualified for the playoffs 14 times, and were state semi-finalists in 1998 and 1999. His Pecatonica/Pec-Argyle coaching record stands at 163-52.

As head baseball coach at Pecatonica High School from 1980-1993, 1995 to present, the Vikings have won 7 conference championships with an overall record of 310-107. He was a member of the WIAA Baseball Rules Advisory Committee from 1995-98, assistant coach of the WBCA All-Star Classic in 1990, and District V Coach of the Year in 1995. He was elected to the Wisconsin Baseball Coaches Hall of Fame on February 14,2004.

Jim would like to extend a sincere thank you to Jim Kinder for his time in helping develop a "rookie" during his football coaching career. A thank you goes out to fellow "3C's," Brian Smith, Chuck Meyer, and Mitch Wainwright as assistant coaches, Gary McKenzie for his press coverage, and special mention to Larry Green for his dedication towards Pec-Argyle football.