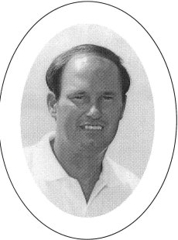 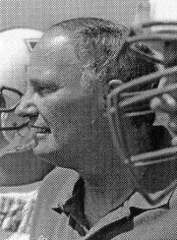 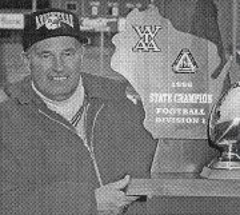 Tom attended West Allis Hale High School where he participated in football and track. At UW­Oshkosh, he was a member of the varsity football team for four years. His sophomore year, the Titans won the Conference Football Championship and the follow­ing year Tom met his wife, Sue, who was a member of the UW-Oshkosh Pom Pon squad. From 1975-1981 he coached football at Franklin, the last four years as the head football coach.

In 1982 Tom became the head football coach and a physical education teacher at Arrowhead High School. Tom's Arrowhead teams have won 3 State Football Championships in 1993, 1994 and 1996. They also have been the State Championship Runner-up team 3 times in 2000, 2002, and 2003. Certainly Arrowhead's 6 State Championship game appearances in the last 11 years highlight Tom's outstanding football career. His teams have qualified for the state playoffs 13 times and have claimed 7 conference football championships.

In 1996, Tom had an article published in the National High School Football Manual. He has been a guest speaker at the Universities of Nebraska, Iowa, Minnesota, and Michigan football clinics. Tom's Arrowhead teams have also received national recognition for their outstanding play over the years. The Sporting News football magazine and Student Sports magazine have ranked the Warhawks among the nation's top 50 high school teams. Street and Smiths football magazine on three different occasions listed Arrowhead as one of their top 25 high school teams in America to watch. Fox Sports Network extended an original invitation to Arrowhead to be part of their Fox Fab 50 teams in America selected to compete for the National High School Football Championship.