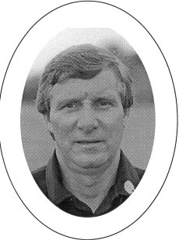 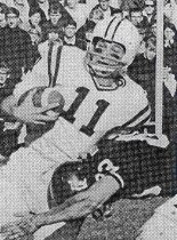 Carey played quarterback at Milwaukee South where he was All-City football, won the confer­ence pole vault title, and captained South's foot­ ball, basketball and track teams as a senior. He graduat­ed in 1965 as a member of NHS and Representative Boy of his Senior Class.

Carey won a W-Club Scholarship to UWM and played football for one season. He transferred to UW-Oshkosh in 1966 and was a quarterback and flanker for the Titans from 1966 to 1968. He was named co-captain of the 1968 Oshkosh Championship team. In 1969 Carey coached the UW -0 freshmen as a grad assistant.

An assistant football coach for 23 years, he held posi­tions coaching defensive backs, receivers, special teams and defense. In 1992 he became the Cudahy head coach only to go 0-9 his first year. The following season (1993) Carey led the Packers to a "Cinderella" 9-0 regular sea­son record and 10-1 overall. 1994 culminated the complete turnaround for Cudahy's "greatest team," when the Packers went 13-0 and captured the '94 WIAA Division II State Title. Cudahy won 6 more times in 1995, running its unbeaten streak to 19 before being defeated.

Carey contributed to 11 of 17 school titles, and as Cudahy's Head Coach won 6 Woodland Conference crowns. He completed his career with a 75-23 record as a head coach. Always innovative, Venne teams have been recognized for their "attack" style defense, and creative "multiple" scheme offense.

Carey acknowledges all ardent supporters who made this honor possible: his wife, family, assistants and fans. Special thanks to Bill Bartholomew, Jerry Bowe, Jeff Cavanaugh and all of the great Cudahy players who shared their lives and made football their game!