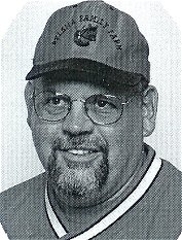 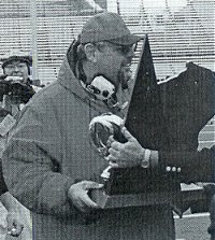 Jim grew up on the family farm in Randolph, Wisconsin. He graduated from Randolph High in 1972 where he participated in football and basketball. He was coached in both sports by Hall of Fame Coach John Kuenn. Jim attended UW-River Falls, graduating in 1976.

His teaching career began as a long-term sub for the Cambria-Fries land School District. From 1977 to 1980 he taught middle school science at the Fennimore School District. At Fennimore he also served as JV basketball and assistant football coach. In 1980 he returned to the Cambria-Fries land District as a middle school science teacher and has continued in this capacity ever since.

In 1981 Jim served as an assistant football coach at Cambria and was named head coach in 1982. In his tenure as head coach, his teams have won 8 conference titles and qualified for the playoffs 12 times. His record to date is 161-62. In 1995 his team was the Division VI runner-up and in 2002 his team won the Division VII state title. He was named the WFCA's District Coach of the Year in 1995, 1996 and 2001. He was a nominee for State Coach of the Year in 2001 and 2002. He has been the WFCA's District XVIII representative since 2000. In that capacity he has hosted various coaching clinics and football camps.

In 1997, he along with the CF Booster Club began a project to upgrade the football facilities at Cambria-Friesland.  This culminated in the addition of an 1100 seat bleacher complex and press box all built with community and volunteer labor.

Jim has been the recipient of a multitude of blessings during his coaching and teaching career. He embraces the faith and work ethic instilled in him by his parents. He has had the unwavering love and support of his wife, Pam, and children, Jamie (husband John), Jodi (husband Darren) and son Jon. He treasures the fact he coached his son Jon and son-in-law Darren at Camp Randall. He was mentored by 3 outstanding Hall of Fame Coaches - John Kuenn who taught him the love of competition, Al Bronson who taught him to coach with enthusiasm and love, and Pat Martin who taught him how to organize and run a successful program. He greatly appreciates the kinship felt with his assistant coaches, Jim Knudson, Scott Wotruba, Matt Pekarske and Phil Tallman.