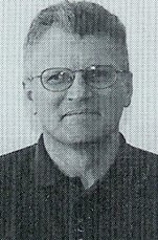 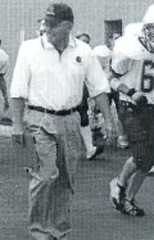 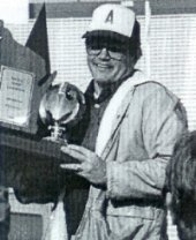 Tom was born and raised in Antigo, Wisconsin. He attended Antigo Senior High where he played football under coaches Gordy Schofield and Dale Peterson. During his senior year, Tom was voted MVP of the team and received first team All-State honors. He went on to earn four football letters at the University of Wisconsin-La Crosse where he played under legendary coaches, Roger Harring and Roland Christiansen. Tom earned degrees in History and Physical Education in 1973 and went on to get a Master's degree in education from the University of Wisconsin-Eau Claire.

In 1973 Tom took a position with the Augusta School District as a social studies teacher and assistant coach of football, basketball, and track. In 1976 Tom took over as head football coach with the 1980 team being the first of many Augusta teams to qualify for the playoffs, During the 1980's and early 90's Augusta had one of the best winning records in Northwestern Wisconsin. The 1989 team finished with an undefeated record and Augusta's first State Championship. In 2003 Coach Crowe retired form coaching but remains a great fan of Augusta athletics.

The success of the Augusta football program was the product of many fine people. The great student athletes, a supportive community, as well as the fine parents, made Augusta a great place to coach. Coach Crowe enjoyed the loyalty of a knowledgeable coaching staff that included Rod Anderson, Randy Stutzman, Steve Krueger, Jeff Hadorn, and Duke Anderson. A supportive administration and School Board made it a joy to coach and work in the district. A special thanks must go to the custodial staff at Augusta for always going the extra mile to make sure the facilities were at their best.

Tom would like to thank the WFCA for this honor. One of the best learning experiences he has had as a coach was to attend the annual coaches' clinic in Madison. The camaraderie and sharing are the things that Tom will miss the most from his 30 years as a football coach and teacher.