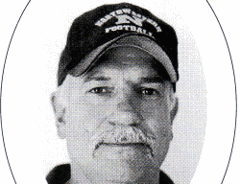 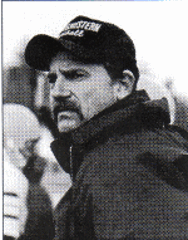 Andy graduated from South Shore High School, Port Wing, Wisconsin, in 1969. While there he participated in football, basketball, baseball and track. He attended the University of Wisconsin-Superior where he completed his Bachelor of Science Degree in Physical Education Health and Coaching in 1977. He also completed his Master's Degree in Education at UWS in 1988.

Andy started his professional career in 1977 at Toivola Meadowlands, MN. He taught k-12 Physical Education and 9th grade Health. He was the varsity Head Boys Basketball Coach and Asst. Football Coach. In 1978 Andy went to South Shore High School to teach Physical Education and Health. While at South Shore his teams won 4 conference football championships. In 1985 Andy started at Northwestern High School as an Asst. Football Coach, a position he held for 5 years. As the defensive coordinator in 1988, Northwestern won the Division 3 State Championship. He became the head coach at Northwestern in 1990.

During Andy's coaching career he had 92 wins and 33 losses as a head coach, including 7 conference championships. While Andy was on the coaching staff at Northwestern they qualified for the state playoffs 11 times. In 1993, Northwestern was the state runner-up. Andy also enjoyed the opportunity to coach 2 WFCA Players of the Year, Jeff Antilla (1988), and Tom Burke (1994), 7 all-state players and two who had the opportunity to play in the State Shrine Bowl Game.

Andy and his wife, Nancy, have been married for 31 years. They have been blessed with 3 children; Jesse, Jenny, and Breena. Andy will always remember the great moments that football brought to his family, especially having the opportunity to coach his son, Jesse, and in his senior year winning a Conference Championship and a State Championship appearance in Madison in 1993.

Andy would like to thank his players for their dedication and never-ending hard work. He will remember the pre-game talks, the mental preparation in the gym prior to going on the field, counting down the score after a win, and all the close relationships made throughout the years.