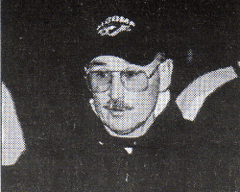 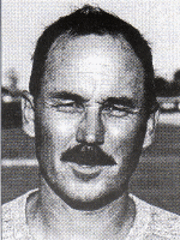 Graduating from Regis HS where he was an All-State Guard, Stephen attended St. Norbert College where he was a four year starter and team Captain his Senior year. Following graduation, he attended UW-Madison to earn an MS degree in history before entering the military for three years, including one year in Viet Nam.

Stephen's coaching career started as an assistant at West Bend HS in 1964, followed by being the head coach of the 2nd Brigade Bulldogs, winning the post championship at Ft. Carson, CO., in 1967. Steve and his young family moved to Homewood-Flossmoor HS, IL, where he taught and coached for three years before returning to grad school for an MS degree in Special Education.  Accepting a teaching assignment at Algoma HS in 1972, he was asked to also be the head football coach. Steve retired from that position in 2001 after 30 years as head coach and 37 years overall. His coaching record as head coach is 136-146, with four Packerland conference championships. He was the Green Bay Press Gazette Coach of the Year in 1994 and was an assistant coach for the 1989 Shrine Bowl.

He also continued his involvement with the military, serving with the Wisconsin Army National Guard before retiring in 2000, a total of 31 years of service, at the rank of Colonel. He is also an active member of his community serving on various boards and committees.

He has been inducted into the St. Norbert College Athletic Hall of Fame as well as receiving the SNC National Alumni Distinguished Achievement award in Education in 1996. He received the Algoma Chamber of Commerce Community Recognition Award in 1975, the Kewaunee County Community Service award in 1984 and 2001, as well as numerous military awards.

He would like to extend a special thanks to the players and coaches for their dedication, efforts and willingness to "run just one more play" in practice. A special tip of the helmet goes to Bob Hafeman who coached with him for 16 years, Pete Swoboda, 16 years, and Deann Blahnik, 15 years.

"Coaching is such a privilege. Being able to work with young men during the formative period of their lives is an awesome responsibility. I am thankful for the opportunity. "