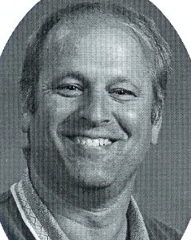 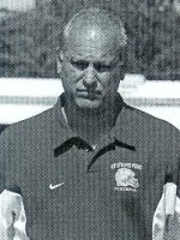 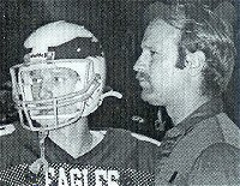 John graduated from Muskego High School in Muskego, Wisconsin, in 1971. He was a four-year participant in football, playing for head coach Don Yahr. John was elected captain and earned All-Parkland Conference honors in 1970. He enrolled at UW-Stevens Point in 1971 and played offensive center for the Pointers all four years. In 1975, following graduation with a bachelor's degree in Business Administration and Economics, Miech began his coaching career with a three-year stint as an assistant with the Pointers before moving on to Division I AA Stephen F. Austin University in Nacogdoches, Texas. There he served as a graduate assistant for the Lumberjacks while working on his Master's Degree in Education, which he received in 1979.

In 17 seasons, Miech has nearly twice as many victories as any other coach in UW-Stevens Point history with a 113-56-2 record, which ranks fifth on the Wisconsin Intercollegiate Athletic Conference's all-time wins list. Miech has coached individuals and teams that hold 67 school and NCAA records but more importantly he has guided 522 recipients of the WIAC Scholar AtWete Award and two NCAA Post-Graduate Scholars. As the head coach, Miech has developed and coached 82 1st team All-WIAC players and 19 All-Americans. He has won three WIAC championships in the past seven years and has been the WIAC Coach of the Year twice in the past six. As a Pointer football coach, Miech has coached in ten post-season playoff games and one "National Championship."

John wishes to thank his parents, Lois and Jerry Miech, for their encouragement and support that allowed him to be the first family member to receive a college education. To this day, he remembers his father's words, "Do not make the mistake I made, get a college education." Also, and so very, very important, John and Sheila would like to thank their sons, Jesse and Ryan, for sharing their Mom and Dad with the hundreds of student-athletes who have called their parents "coach."