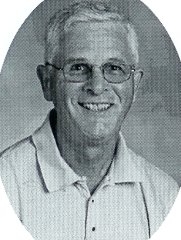 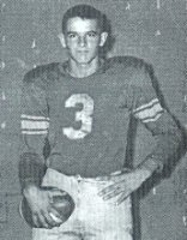 Bob graduated from Kewaunee High School in 1960 where he received varsity letters in football, basketball and baseball all four years. He was selected captain and MVP in all three sports his senior year. He attended the University of Wisconsin at LaCrosse where he lettered four years in both basketball and baseball. He completed his BS degree in 1964 with a double major in Physical Education and History.

Bob began his forty year teaching-coaching career in Dundee, Illinois, working with Illinois Hall of Fame coaches, Eugene DeLacey and John Paul. In 1967, he returned to Kewaunee to work with his former high school coaches, Norm Messemann and his mentor and close friend George Bahrke. Bob was the varsity coach of both baseball and basketball for a number of years.

The majority of his assistant football coaching came under Don Rabas who won 10 conference championships and went to the WIAA playoffs 8 times during his outstanding tenure as Kewaunee's head coach and who continues to be invaluable as a resource, Athletic Director and close family friend.

He continued as assistant coach with head coach Kurt Flaten who has won two conference championships in the last four years, going to the WIAA playoffs in each of those years and being runner-ups in 2001. In 1996 and 2001 Bob was chosen District XI Assistant Coach of the year.

Many people who have been instrumental in Kewaunee's successful football program share this honor with Bob: supportive administration, an outstanding maintenance staff and dedicated coaching staff. Bob would especially like to mention fellow assistants, Jack Novak, and his son, Adam, who have added immeasurably to the program, his sons Andrew and Mathew, who he often turns to for advice, and Don Rabas, whose support made this honor possible. Most importantly thanks to the many great young men and their families who have been part of the Kewaunee Football program.

Finally Bob extends many thanks to the WFCA and all the great coaches in Wisconsin whose continuing efforts at improving football have made it such a great game to be part of.