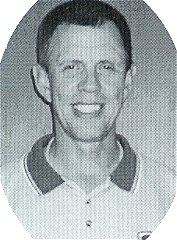 Don grew up in Boscobel, Wisconsin, graduating from Boscobel High School in 1970. While in high school, he earned varsity letters in football, basketball, baseball and track.  After graduation, he attended the University of Wisconsin-Madison and played football for two seasons as a walk-on punter.

In the fall of 1979, Don became an assistant football coach as well as the head boys basketball coach and head boys track coach at Baldwin-Woodville High School. During his football career at BWHS Don was involved with nine conference championships, 13 playoff appearances and four state final games, two of which resulted in state championships for the Blackhawks.

As a position coach, Don had the privilege of working with five athletes who received All-State recognition. In 1999 and 2002, Don was selected the WFCA District Assistant Coach of the Year and was a nominee for National Assistant Coach of the Year in 2002. Don retired from active football coaching in 2002 after 30 years.  While varsity basketball coach for 11 years, Don's teams won one conference championship, one regional championship and advanced to one sectional final. During Don's 25 years as head boys' track coach, the Blackhawks have won two conference titles, two regional championships, one sectional championship and one state championship. Fr 15 years, Don has also been head girls' track coach.

Little could have been accomplished without the dedicated players, fellow coaches, parents, fans, administrations, staffs and friends at all of the school systems in which he has worked. Don cannot offer enough thanks to head coaches, Paul Stauffacher, Jack Scholz and Wade Labecki, who taught him so much about the game of football and whose friendship and encouragement off the field made it a pleasure to coach with them.