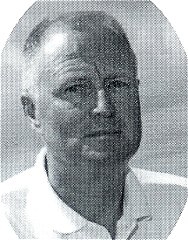 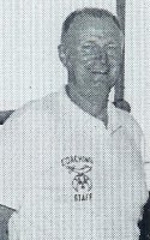 Bob graduated from Freedom High School in 1952 as class president and valedictorian. He lettered  in football, basketball, baseball and track. In 1956 Bob graduated with honors from UW-La Crosse with a B.S. Degree, majoring in Social Studies and Physical Education. He played varsity football for 4  years; the team won 3 Wisconsin State University Football Championships and played in the January 1, 1954 Cigar Bowl in Tampa.

He received his Master's Degree from Northern Michigan University in 1965.

He began his teaching and coaching career at Hortonville High School in 1956, teaching Social Studies and Physical Education. In June 1957 he was drafted into the U. S. Army, serving 18 months in West Germany, attaining the rank of Sergeant. Upon discharge, he returned to Hortonville, teaching and coaching for 16 years. He was Assistant Football Coach for 4 years, Head Football Coach 11 years, (3 Conference Championships). Head Track Coach 15 years (6 Conference Championships).

He was very honored to serve as an Assistant Coach of the South Team for the Shrine Bowl in 1986. The Wisconsin Federation of High School Coaches selected him as the District 4 Coach of the Year in 1988. He was elected to the Omro High School Wall of Fame in 2001.

He thoroughly enjoyed the 36 years he coached high school athletics. Bob respects and thanks all his fellow coaches, especially Jim O'Hern, Hortonville Football, for his leadership, Ed Goss, Omro Football and Track for his competitiveness and Myles Strasser, Omro Football and Track, for his always positive attitude. He also thanks the many dedicated student-athletes he had the pleasure to work with.