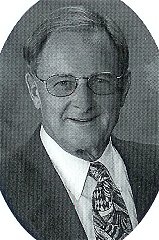 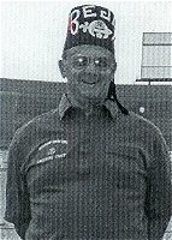 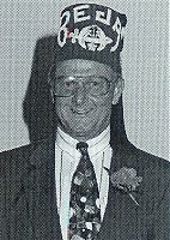 Emil was a high school graduate from Shattuck Military Academy of Fairbault, Minnesota. At Shattuck he lettered in track and basketball. He attended the University of Wisconsin in Madison. In 1953 Emil became associated with his father in the Oshkosh Sausage Company where he remained for 18 years.

In 1958 he developed West Pointe Plat on the west side of Oshkosh. In 1960 Emil purchased Waldwic Estate which later was subdivided into Lake Breeze, Shore Haven Court and Brushwood Nestle. He served as President of the Em-Rey Corporation, which was a land development concern in Oshkosh.

In 1969 Emil and a partner went into the laundromat business. In 1972 he opened the Tornado Car Wash, the first self-service car wash in Oshkosh. Later that year he built a new laundromat in conjunction with the car wash.

With the encouragement of his fellow Sooners, Emil became the North Representative of the North-South Shrine Bowl. He served on the Board of Directors of the Shrine Bowl for six years. Another function was to transport children of need to the Shriner" Hospital for Children-Chicago Unit.

In 1997 he was honored with the presentation of the Dave McClain Distinguished Service Award.

Emil is a very proud dedicated family man. He is also very active in his church having served on the church council and various building and fundraising programs.  He volunteers for activities whenever he can.

Retirement brings precious time for his wife, granddaughters and traveling.