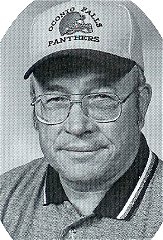 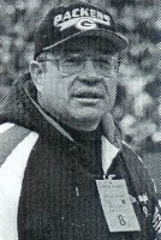 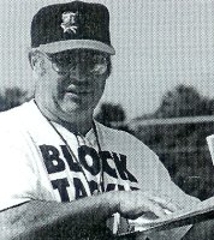 Duane graduated from Antigo High School, Antigo, Wisconsin, in 1968, where he lettered in football, basketball, and baseball. While at Antigo he was coached by three Hall of Fame Coaches (Gordy Schofield, Dale Peterson, and Bill Collar). As a senior he led the Red Robins to a conference title as quarterback and defensive back. Duane earned his B.S. Degree in math and science education at UW-Milwaukee in 1973. He earned a baseball scholarship at UW-Milwaukee where he lettered three times and was the team captain as a senior. Duane earned a Masters of Education Degree from St. Scholastica in 2001.

Duane started teaching in Oconto Falls in 1973. In 1974 he became an assistant coach in both football and basketball and volunteered his time to the baseball program. Duane worked closely with head coach and good friend, Dan Rider, for the next four years, becoming the offensive coordinator. When Dan left in 1978 Duane took over as the Panthers head coach, a position that he still holds today. In addition to football, Duane has been the head girls' basketball coach since 1994. Duane's football teams have won 8 conference championships, made three trips to the state finals, and won the Division 3 title in 1997. He has coached in four different conferences.

Duane would like to thank all of his players and assistant coaches for their dedication to Panther football; without them and their hard work this award would not be possible. He also wants to thank the Panther band and the Oconto Falls administration for their support throughout his coaching career. A special thanks goes out to Dan Rider (for being a good friend and giving him the opportunity to coach) and to his parents, Emil and Mary Rogatzki, for instilling a love for athletics and for teaching him the importance of a good work ethic.

Finally, he wants to thank the WFCA for all that the organization has done for football in this state and for humbling him with this great honor. As Dick Richards once said, "God must love ordinary people because he made so many of us."