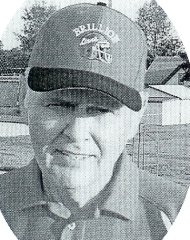 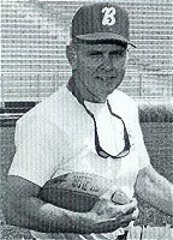 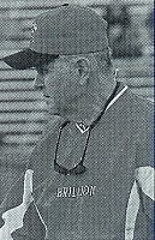 Dick graduated from Reedsville High School in 1958 where he participated in football and track.

Dick was co-captain of the co-championship football squad at Reedsville in 1957. In 1958, he played with the Manitowoc County Chiefs of the Tristate semipro league. He completed his B.S. degree in history at St.  Norbert College, DePere in 1962.

Dick started his teaching career in the Brillion School District in 1962, and in 1963 began coaching junior varsity football and basketball. Over the past forty-three years Dick has served as a varsity baseball coach, varsity boys' basketball coach, and junIor varsity girls' basketball coach. During his forty-two year tenure with the Brillion football program, he has served as varsity line coach, defensive coordinator, and position coach. He has been associated with ten conference championships, twelve state qualifiers, and three state championships (1984,2003, and 2004).

There have been many people instrumental in the success of the Brillion football program and Dick would like to recognize the players, the Charger coaching staff, the high school coaching staff, and especially two dedicated and inspirational leaders of the football program. Coach Al Coenen served as head coach for twenty-three years and established Brillion's rich tradition; Coach Peter Kittel has capably nurtured and enhanced that tradition for the past thirteen years.

Coach Sheahan is also grateful for the Brillion School District administration and the Brillion community for the opportunity to share time with the young men in the football program over the past four plus decades.

Last, but certainly not least, Coach Sheahan would like to thank the WFCA for this prestigious award and its recognition of the Brillion football legacy.