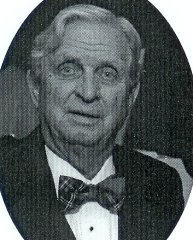 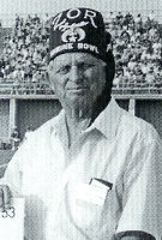 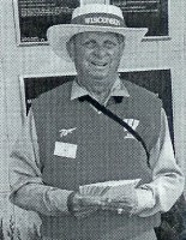 Archie was born December 25, 1924, in Baraboo, WI. In 1928 his family moved to Richmond, IN.  He graduated from Richmond HS in 1943, where he participated in football, track and fencing. He enlisted in the military in 1943 with service in New Guinea. Upon discharge, he moved back to Wisconsin.  He attended the University of Wisconsin earning his BBA in 1950 and his law degree in 1952. He earned three varsity letters in fencing and was Captain his senior year. Archie married Edel-Lore Shultz in April 1949. They have 4 children - Sonja, Carla, Lisa and Eric, six grandchildren and 3 great-grandchildren. They still reside in Madison.

While he was still in law school, he was appointed UW Head Fencing Coach, a position he held while still practicing law for 21 years. He compiled a 195-121 record (.617 winning percentage) against national competition.  His team won Big Ten Championships in 1955, 1957, 1959 and 1967. Twelve of his fencers won conference titles, and thirteen of his fencers earned All-American honors. In 1952 his team was awarded the NCAA third place trophy, a mere five points behind the National Champions. In 1965 Archie was accredited as a fencing Master by the International Academy of Arms. In 1972, Archie retired from coaching because he was elected a Dane County judge.

Archie served national sports organizations in many ways. In 1971, he served on the committee reorganizing the NCAA. For several years, he was Vice-Chairman of the US Olympic Games Committee for Fencing. Archie was chairman of the US Collegiate Sports Council Games Committee. In 1973, Archie served on the Committee for Better Olympics which reorganized the US Olympic Committee. He was one of 5 committee members who conferred with the Congress and President to enact enabling legislation.  Archie has been acting as the General Chairman for the Wisconsin Shrine Bowl for the past 5 years. On behalf of the thousands of children treated in the Sooners Hospitals, Archie thanks the WFCA for their loyal and sincere support of the Wisconsin Shrine Bowl and its fundraising for the 22 Shriners Hospitals and Bum Centers. Even though these hospitals' daily operating expense is about 1.65 million dollars per day, no charge is made to anyone for their services, including family and taxpayers. Thank you coaches and players for embracing this great philanthropy.