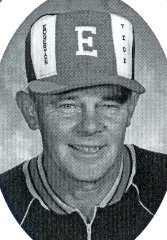 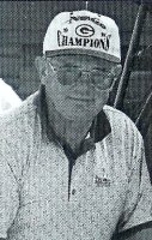 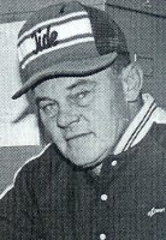 Gene graduated from Eagle River H.S. in 1947, earning 3 letters in football, 2 in basketball, and 3 in baseball. He was all Northern Lakes Conference running back his senior year.

He graduated from U.W. La Crosse in 1951. While there he was a member of the football team until knee injuries forced him to give it up. However, to have been one of the late Clark Van Galder's "boys" was a major influence in Gene's decision to coach football.

In 1951 he was drafted into the army for 2 years during the Korean War. In 1953 he was hired to be Medford's head baseball coach, football assistant coach, and science teacher. Coach Gene Wirz and those talented athletes made those years of coaching football (all victories but one) a pleasure and great learning experience.

In 1955 Gene was hired as head football and baseball coach and assistant in basketball at Neillsville H.S. Coach Henry Lukes (basketball) helped Gene in football. To say that the football program in Neillsville was down is a gross exaggeration - it was worse. But, each year it got better and finished with winning seasons in 1958 and 1959.

In 1963 John Shier called to ask Gene to come to Edgerton to coach football (head), golf (head), to be athletic director, AND teach boy's P.E. Edgerton was the smallest school in the Badger Conference and without a winning record in football. Coaching against the likes of 3-to-be Hall of Famers, Dick Rundle, Leo Simms and Fran Sheehan, was not easy, but motivating. However they had 3 things going for them in their program: TOUGH KIDS, HARD WORKING COACHES (Jerry Gruman, Ron Greene, Arden Shumaker) and a DEFENSE known as the SPLIT SIX. They kept the scores close, won more than they lost some seasons, and GOT RESPECT!

Gene thought he retired in 1971. Edgerton got realigned in 1976 and became a member of the Rock Valley Conference.  The then head coach, Jack Gregory, talked him into coaching the defense.  Realignment was very good for the Edgerton athletes. In the years Gene worked with Jack, they won 6 conference championships in a row, and in 1979 placed second in Division 3 finals.

The things a coach remembers most about all those years are first and foremost those GREAT KIDS and additionally their parents and the loyal fans.