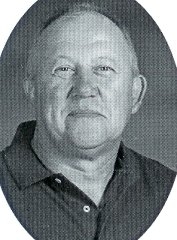 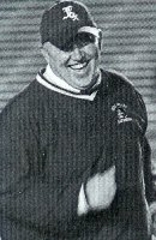 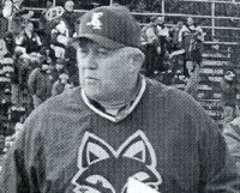 Gene spent eight years on one campus in New VIm, Minnesota, graduating from both Dr. Martin Luther High School, 1967, and College, 1971. In high school he earned four varsity letters in football and three in baseball. The college dropped football during his attendance, so he played soccer and baseball. He earned his M.S. degree in education from UW-Oshkosh in 1975.

Gene spent his entire teaching and coaching career at Fox Valley Lutheran High School in Appleton. In 1971, he began as a math and physical education teacher and as an assistant football and track coach. In 1975, Gene became the athletic director and is still serving in that capacity. He was the head football coach for 21 years and retired in 2002 with a record of 119-99.

Prior to joining the WIAA, Gene served on the WISAA football advisory committee from 1986-1999 and was its chairman for seven years. In WISAA his Foxes reached the playoffs ten times and, after joining the WIAA in 2000, recorded a 7-1 record in the playoffs winning the Division 3 State Championship in 2001.

Gene worked tirelessly for many years in the Fox Valley Christian Conference and within the WISAA organizations, many times as an officer, on behalf of private school students. He is very pleased to end his coaching and AD career as a member of the Valley 8 Conference and the WIAA. He is thankful to both the conference and state association for what they do for high school athletics.

Gene and Marilyn were married in 1971. They have four children, Paul, Jon, Becca, and Mike. He is thankful to his family who always let him "go out to recess" in August and return home in November.

During his 32 years of coaching football and 30 years as AD, Gene feels both the WFCA and WADA have been supportive and equitable to all state coaches and ADs both public and private. To them he says, "Thank you."