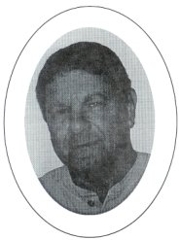 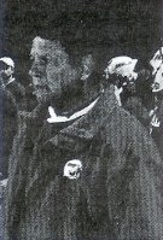 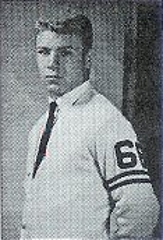 CARL ALBERTI
Inducted into the Hall of Fame in 2006

Carl Alberti was born and raised in Milwaukee, where he graduated from Messmer High School in 1966. While at Messmer, he lettered three years in both football and baseball. Carl was named to the WISAA All-State baseball team his senior year.He went on to attend UW-Oshkosh, graduating in 1971 with teaching certifications in physical education and history. While a Titan, he lettered four years in football, one of those years as a member of a conference champion team. In 1968, he ranked 10th in the conference in rushing. Carl also played baseball for four years, two of them on conference championship teams, lettering twice. He received conference honorable mention honors in both sports his senior year.

In 1970, Carl served as the offensive coordinator for UW-Oshkosh's freshman football program. While student teaching at Mequon Homestead in the spring of 1971, he was assistant varsity baseball coach at UW-Milwaukee.

Wausau East was the site of Carl's first high school coaching job. There he served as head freshmen coach for both football and baseball. His coaching and teaching career continued in Mosinee, where he worked with the JV football program under Bob Coy.

In 1978, Carl accepted a position as head football and track coach and history/physical education teacher at Medford Area Senior High, responsibilities he held until his retirement in 2005. During this time, Carl's teams won 11 Lumberjack conference football championships and finished second ten times. He was voted conference coach of the year 11 times and region coach five times, holding a record of 124 and 28 in the Lumberjack conference until the football conference was disbanded. His teams participated in the WIAA playoffs 17 times, 16 in succession. The Raiders' best finish was in 2003, when they lost to the eventual state champion Notre Dame in the semi-finals, 27-22. Overall, Carl has won 193 games and lost 85.

Carl coached under the legendary Walt Kroll in the 1984 Wisconsin Shrine All-Star game. He also served as a WFCA rep from 1979 to 1986. During his coaching career, he has coached 10 All-State players. One of his former athletes, Steve Russ Jr., won two Super Bowl rings while playing for the Denver Broncos. Carl is especially proud that numerous Medford players have gone on to play college football, received high honors and are now coaches themselves.

In addition to teaching and coaching, Carl also created new programs at Medford. He initiated the Medford HS Hall of Fame in 1991, which has led to over 60 inductees. He created a three-sport award program for male, and female, athletes, as well as a scholarship program for senior members of the weightlifting club. HIS leadership of the weightlifting program resulted in the addition of a 3000 sq. ft. state-of-the-art weight room to the high school. In honor of these accomplishments, Carl was inducted into the Messmer High School Hall of Fame in 2005.

Carl is grateful to his family for their love and support throughout his career, to all of his athletes and assistant coaches for their dedication and loyalty, and to the WFCA for this tremendous honor.