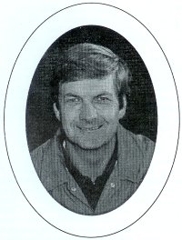 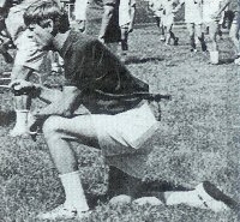 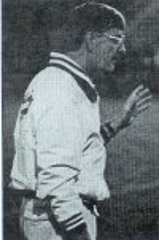 BOB ALBRIGHTSON
Inducted into the Hall of Fame in 2006

Bob graduated from Nathan Hale High School in West Allis, Wisconsin, in 1955, lettering in football, basketball and baseball. He attended the University of Wisconsin-Whitewater where he played football and graduated in 1960 with a Bachelors Degree in Education.

Bob began his teaching and coaching career at Elkhart Lake-Glenbeulah High School in 1960 where be taught business courses and started the school's football program. He also coached baseball and was an assistant basketball coach until 1966.

In 1966-67 Bob attended graduate school at Western Oregon University where he received his M.A. He started teaching, and coaching at Whitefish Bay High School in 1967. For the next 27 years, Bob worked at the high school as a guidance counselor as well as teaching business and social studies classes. He was the head freshman football coach for five years (26-3) and varsity head football coach for fourteen years (67-59). He was named District Vll Coach of the Year in 1978 by the Wisconsin High School Football Coaches Association. Bob's 1972 team was co-champion of the Milwaukee Suburban Conference and his teams finished 2nd four times.  In addition, Bob coached freshman and J.V. basketball for four years and was an assistant baseball coach for twenty years. As an active member of the Metro Milwaukee Coaches Association, Bob coached in that organization's summer football camps.

Bob has authored numerous newspaper and professional articles on topics related to high school sports, competition and coaching. He was a sports essayist and commentator for WHA (Public Radio) and a frequent guest on local and national talk radio and television shows. He has often spoken before school, church, professional and civic groups at conferences, clinics and conventions. After retiring from counseling and teaching at Whitefish Bay in 1994, Bob remains closely connected to the profession; for the past ten years, he has been teaching coaching classes at Marquette University.

He would like to thank all the parents who entrusted their sons to his coaching and all the coaches he had the honor of working with over the years - with special thanks to longtime coaching colleagues Bob Sorgent, Dick Baer, Bob Parsons and Tom Bromley.