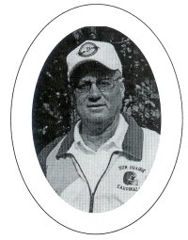 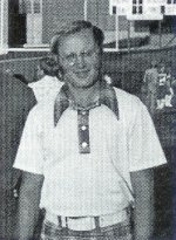 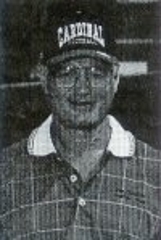 GARRY BAHE
Inducted into the Hall of Fame in 2006

Garry attended Baraboo schools from 1949-1959 and Sun Prairie High School 1959-1961. While attending these high schools, Garry participated in football, basketball, baseball and track, earning nine varsity letters. At Sun Prairie High School he played for Fran Sheehan (charter member of WFCA Hall of Fame). During high school Garry was involved in many extracurricular activities including President of Student Council and President of his senior class. Garry attended and graduated from Utah State University in 1966 with a bachelor of science degree in biology and physical education. He did graduate work at Montana State University and Buffalo (NY) State University. He received his MA degree in biology from Northern Arizona University in 1975.

Garry took his first teaching and coaching job at Homestead High School in Mequon, WI, in 1966. He taught biology and was an assistant coach in football and track for four years. In 1970, Garry took a teaching and coaching position at Sun Prairie H.S. Here he taught biology, zoology and botany and was named in Who's Who in American Teachers. He was an assistant football coach for Fran Sheehan for two years. He coached the defensive backs and wide receivers. He was also an assistant baseball coach under Leon Piddington (WBCA Hall of Fame Coach).

Garry was involved in the WHSFCA now the (WFCA). Under Mike Hahn's direction, Garry, along with Bob Berezowitz, Bob Dettweiller and Ron Grovesteen started the WHSFCA Newsletter, now The, Point After II, Garry's responsibility was that of photographer in covering most of the associations events. He was also involved for 19 years under Gayle Quinn and Mike Hahn's clinic committee leadership as a speaker liaison to and from the clinic.

Garry also served as a baseball coach for 30 years at Sun Prairie H.S., sixteen years as an assistant coach and fourteen years as head baseball coach. As head baseball coach his teams won four Big-8 Conference Championships and Two Division I State Championships, 1994 and 1997. He was honored as Big-8 Conference Coach of the Year four times and in 1994 was honored as the Wisconsin State High School Baseball Coach of the Year. He also coached the WBCA South Baseball team in the WBCA All-Star games in 1995.

Garry is married to his wife, Gale, and is thankful to her for supporting him in his coaching endeavors for 35 years. He is also grateful to their three sons, Nate, Zak and Josh, who supported him and played for him at SPHS. He would also like to thank the head coaches and assistants that he coached with. These coaches and all of the players made this a very memorable time in his life and career.