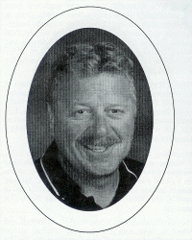 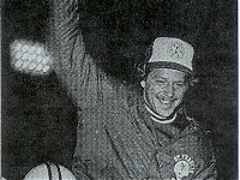 DAN BRUNNER
Inducted into the Hall of Fame in 2006

Dan was born to John and Dolores Brunner in Milwaukee, Wisconsin, on January 1, 1954. He was raised in the city and graduated from Milwaukee Boys Tech High School in 1972. Brunner enjoyed an illustrious playing career at Tech excelling on both the gridiron and the hardwood. He was an All-State tight end for the Trojan football squad and played for legendary coach and Hall of Fame member Jim Richardson.  On the basketball court he established himself as an all-conference performer in the Elite City Conference and played for one of the state's all time best basketball coaches, Win Parkinson.

After enjoying a brief stint with the Green Bay Packers in 1976, Brunner got into coaching. From 1977-1989 he was the head football coach of the St. Francis Mariners as well as an assistant basketball coach from 1977-1987. His passion for and knowledge of the game transitioned from his playing days to the sideline as he led the Mariners to the first conference title in school history in 1980.

In 1990 Brunner took over the Hartford Union High School Oriole football team and has lifted the program to new heights. He's won 5 conference championships and led the Orioles to the playoffs 10 out of his 15 seasons. In 1995 Dan was the offensive coordinator for the South Shrine All\Star team and was the head coach of the 2004 squad.

Dan Brunner has been a member of the WFCA since 1977 and served as a representative for District 16 from 1991-2005. Since 2005 he has been the President of the WFCA. Brunner is also a member of the UW- Whitewater Hall of Fame which he was inducted into in 1994.

Dan has been married to his high school sweetheart, Kathleen, for 30 years and they have two children, Katie and Brian. Dan is forever grateful to his family for their love and support throughout the years and to the WFCA for bestowing upon him this great honor. He also is thankful for the opportunity to have touched the lives of so many great athletes and students throughout his career.