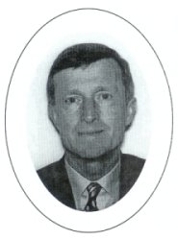 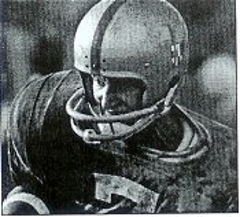 WILLLIAM CAROLLO
Inducted into the Hall of Fame in 2006

Bill is a Wisconsin native and graduated from Brookfield Central High School in 1970. While at Brookfield Central, Bill played football, basketball, track, and baseball under coach and mentor, Bob Petruska. Guided by Coach Petruska's leadership and coaching, BCHS never lost a football game from 1968 - 1970 and Bill's team was consistently ranked among the best football programs in the state.

Following high school, Bill's athletic career continued at the University of Wisconsin-Milwaukee where he played quarterback for the Panthers. While playing quarterback for both Jerry Golembiewski and Jerome Fishbain, Bill became a member of the UW-Milwaukee Athletic Hall of Fame. Bill was honored in 1998 and received UWM's coveted "Distinguished Alumnus Award".

After earning a Business Administration degree in 1974, Bill worked at IDM for the next thirty years. He held numerous sales and management positions that culminated in a global position of Selected International Account Manager. In June of 2004; Bill retired from IDM and served as the Vice President of Global Sales for Manpower.

He began officiating high school football, basketball, and baseball in Wisconsin before being selected as the youngest official ever to officiate football in the Big Ten Conference. In addition to being a former NCAA football and basketball official, Bill served as the Milwaukee Brewers Official Scorer for the American League.  Some collegiate football officiating highlights include: Michigan vs. Ohio State, Notre Dame vs. Miami and the 1988 Rose Bowl. In 1989, Bill reached the pinnacle of sports officiating-the NFL. Bill has been selected every year he was eligible to work the post-season playoffs, including six NFL Championship games.

When not officiating NFL games on Sundays, Bill is active in many youth, community, and charitable organizations in the Milwaukee area as well as several organizations around the country. Involvement includes being a board member or active participant in the following organizations: Children's Hospital, Special Olympics of Wisconsin, The Make-a-Wish Foundation, and NFL Charities.

In addition to the Wisconsin Football Coaches Association and its members, special thanks should be given to Bill's first collegiate officiating crew consisting of. Pancho Palesse, Warren Cartier, Dave Nettesheim and Wally Reinhardt. Without their help and support over the many years, Bill's career in the NFL would have never become a reality.