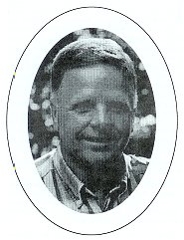 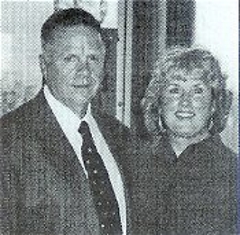 RON DILLAHUNT
Inducted into the Hall of Fame in 2006

Ron graduated from Wittenberg University in 1962 with a BS Degree in Education, In college, Ron played running back under coaches Bill Edwards and Dave Mauer, both of whom are members of the NCAA College Football Hall of Fame. Ron was the leading rusher during his junior year and a member of the 1961 Ohio Conference championship football team. In track, Ron was the Ohio Conference 440-yard dash champion, a member of the conference champion relay teams and a team captain.

Ron received his Master's Degree from Kent State University in August of 1963 where he was a graduate assistant. While at Kent State, Ron coached football, basketball and track at the University High School. in an attempt to get away from larger cities and find a better place to raise a family, Ron and his family decided to accept a teaching position at Antigo High School in 1970.

Prior to the move to Antigo, Ron taught and coached football and track, either as a head or an assistant coach, at four different Ohio high schools. The move to Antigo was fantastic for the children and Ron had the privilege of coaching under legendary Hall of Fame coaches Gordy Schofield and Dale Peterson.

During his 30-year career of teaching special education and science at Antigo, Ron coached freshman football and track, junior high basketball and wrestling, varsity girls' track and varsity football, Upon Gordy's retirement after the 1987 season, Ron was named the head varsity football coach. During his eleven seasons as head coach, Antigo won two Wisconsin Valley Conference championships in 1988 and 1992.

"After teaching and coaching for 38 years, and with the knowledge that no one can coach without the cooperation and sacrifice of many other people, I am very humbled by this honor. I am extremely grateful to so many, mainly, my wife Laurie, my children, my fellow and assistant coaches and all of the players I have had the honor to coach over the years."