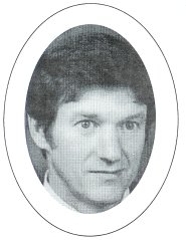 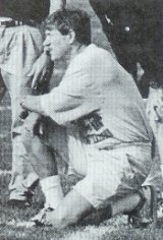 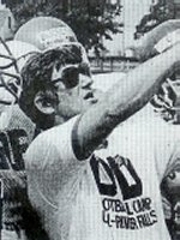 JERRY FITZGERALD
Inducted into the Hall of Fame in 2006

Jerry was born and raised in Ashland, WI, graduating from DePadua High School in 1958. At DePadua he earned four letters in football and three in basketball. In 1962 he graduated from Northland College where he played linebacker and earned Little All American Academic honors his senior year. In 1970 he received a Masters in Administration from UW Superior.

Jerry's first job was at Gibraltar HS in Door County where he taught mathematics and coached football & track.  His 1965 team won Gibraltar's first ever football championship. In 1966 he went to Stratford with the same responsibilities. Stratford had never played varsity football before and in his three years there they were 22-4-1.

They won twenty straight football games and many track championships.

In 1969 he went to Tomah as an assistant HS Principal and football coach. In five years, Tomah won one championship, placed second three times and fourth once.

In 1974 Jerry went to SPASH with the same responsibilities he had at Tomah. Stevens Point had losing seasons in 33 of its 55 years of football. In three years the program turned. Jerry was fortunate to have the same assistants for most of his 25 years at SPASH. (Jim Biser, Bill Blake, Dale Huebner, and George Roman) His 1977 team was runner up to State Champion, Madison West.

In 36 years his overall record was 230-117-2. His teams had 29 winning seasons, won seven championships and placed second or third 19 times. He was responsible for bringing back to WI one of its finest coaches, Hall of Fame, Wayne Steffenhagen. In 1981 he started the SPASH Alternative school. It became the model alternative program in the state. In 1996 he unilaterally started Youth Area Tackle Football in Stevens Point.

Jerry is grateful to his wife and family for their love and support, to the WFCA for their recognition of his efforts, and to his athletes and fellow coaches. He looks forward to joining his uncle Roy Melvin in the Hall of Fame. Roy was his mentor.