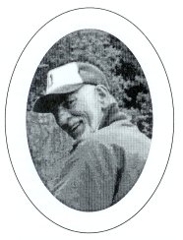 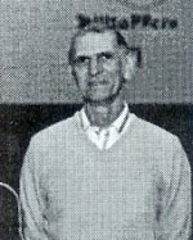 ROY GRADE
(Deceased)
Inducted into the Hall Of Fame in 2006

Roy grew up in Pewaukee, WI, where he graduated from Pewaukee High School in 1947. In high school, he was a halfback on the football team, played basketball and also ran track, going to state as a half miler twice.

Roy married Donna, who he met at UW-L, in 1951. They have three children, Debra, Scott and Mark, all who have a great appreciation for sports. In addition to teaching and coaching, Roy owned and worked a 120-acre farm.

A veteran of the Korean War, Roy served as a sergeant in the artillery division for 18 months and later became a member of the Onalaska American Legion.

After graduation in 1954 he began his teaching and coaching careers in Horicon, WI, as a science teacher and assistant football coach. In 1956, he was hired at Onalaska High School where he taught science, biology, geography, physical education, and aviation. For a few years, he was the Only football, basketball and baseball coach, and for a period of time he was also Athletic Director. Roy started and coached both a track program and boys tennis program.

In addition, he helped coach the summer recreation program for several years. In his 26 years as head football coach, his teams built an impressive 150-79-9 record in the Tri-Valley and Coulee Conferences, winning six conference championships, including four consecutive seasons. While under Coach Grade the boys golf team, which he began, won state championships in 1982 and 1985. He started a girls basketball program in 1976, which he coached until his retirement in 1992.

During his teaching career, Roy taught such varied subjects as drivers education, art, and industrial arts. Prior to retiring he taught aviation, science, biology, advanced biology and was the audio visual director.

Roy was a member of many committees and organizations within his community, school and state. One notable committee was the Wisconsin Aerospace Education Committee. He received the Carl E. Guell Aviation Educator of the Year award in 1989 for his many and distinguished contributions to Aviation Education in Wisconsin.