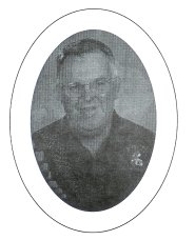 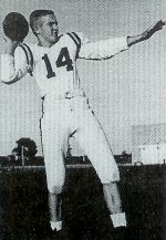 DAVE HAMSHIRE
Inducted into the Hall of Fame in 2006

Dave was born and raised in Waterloo, Wisconsin.  He attended Waterloo High School where he was a 3-year letter winner in football and basketball. He was the starting point guard on Waterloo's 1964 state tournament basketball team that finished fourth in a single class tournament. After graduation in 1964, he attended UW-Stevens Point and graduated in 1969 with a major in mathematics and a minor in physical education/coaching.

After three years he moved to Poynette, where he remained until his retirement in 2004. During his time at Poynette he was the varsity girls basketball coach for 17 years and his overall record was 221-127. He won three conference championships and reached the sectional tournaments twice. He was also the assistant coach for the girls Division 3 All-Star game in 1989.

"Two people have influenced my coaching philosophy a great deal, my high school basketball coach Don Gruber and the former head coach at Poynette, Larry Thurston. These two men taught me that to be successful you must outwork your opponent, you must demand respect and discipline from your players, you must surround yourself will dedicated and hard-working assistants, and most of all you have to make the athletic experience for your players enjoyable and fun.