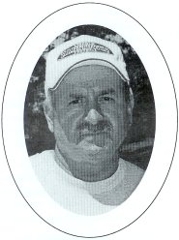 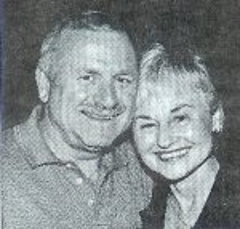 PETER L. HOLM
Inducted into the Hall Of Fame in 2006

Pete was born and raised in Marquette, Michigan, where he graduated from Graveraet High School in 1964. While attending Graveraet he played football, basketball, baseball, track, and hockey. He lettered in each with multiple letters in football, track, and baseball. He also played in the American Legion baseball program. Pete attended Northern Michigan University and earned a Bachelors degree in 1969 followed by a Masters degree in 1977. Pete's major was in Business with minors in Accounting and Economics.

In addition to teaching, Pete was an assistant football coach and an assistant basketball coach at Manitowoc Lincoln High School. From 1982-1998 he was the weight room supervisor. He also coached the following sports: girls softball, boys baseball, boys and girls hockey and boys and girls track, Pete's former head coach and Hall of Famer Ron Rubick, referred to him as his Assistant Head Coach. Pete was a part of the coaching staff which had nine conference championships, made the playoffs 10 times and won three consecutive state championships in 1984, 1985, and 1986. During the years 1983-1987, their teams recorded a state record 48 straight wins, which still stands as the state record. He was the offensive and defensive backfield coach at the varsity level and had the opportunity to coach many players who were offensive and defensive backs of the year in the conference and state. One of the many highlights of his coaching career was the opportunity to coach his son, Jeremy, in football. Jeremy was the FRVC back of the year, made the All-District team and was All-State honorable mention.

Pete has received the Distinguished Service Award from the Manitowoc Lakeshore Hall of Fame, WFCA championship awards, WIAA championship awards, and the 20, 25, and 30 years service awards from the WFCA. He helped organize and initiate many camps/clinics in Manitowoc for football, baseball, softball-and hockey. These camps/clinics provided opportunities for athletes to attend at a minimal cost. He coached at several football camps in Michigan and Wisconsin during his 37 years of coaching. He has had opportunities to speak at banquets and be a part of many functions for area athletes.

During his teaching/coaching career he also participated as an athlete in fast-pitch softball, slow-pitch softball, touch football, basketball, and hockey. During those years the teams he played for won many championships, and Pete was named the most valuable player in a number of tournaments. He was recently inducted into the Manitowoc Kenny's Klub softball Hall of Fame for his accomplishments in fast-pitch softball.

Pete is most thankful to his family for their love, support, and understanding during his years of coaching. His wife, Mara, has always been very supportive over his 37 years of coaching. "I thank my peers for selecting me to be inducted into WFCA Hall of Fame and for such a pres­tigious honor. There is also a special place in my heart for and a special thanks to the dedicated athletes, their parents, and all fellow coaches for their support and efforts, which makes a day like this possible. I would also like to thank my parents, Peter & Leona for their encouragements over the years."