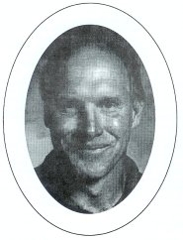 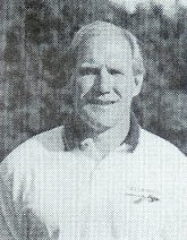 BOB LENZ
Inducted to the Hall Of Fame in 2006

Bob grew up with seven brothers on a farm in Pickett, Wisconsin. At Omro High School he participated in football, basketball, baseball, and track. Bob graduated from UW-Oshkosh in 1976 with a B.S. degree in physical education and a minor in driver education. Bob was a two-year letterman in football and a four-year letterman in baseball. Bob played on one conference championship football team and was honored to play in three NAIA World Series Baseball Tournaments. During his career as an Oshkosh Titan, Bob was named to the AACBC Collegiate All-America District Team.

Bob began his career as an educator in Greenwood, teaching and serving as head football coach, JV basket­ball coach, and head track coach. Bob also coached junior high girls basketball and is currently the Athletic Director at Greenwood and in his 29th year of teaching.

From 1977-2000, Bob's "Greenwood Indians" made playoff appearances six times. They were conference champions three times-1988,1989,1996, earned state runner-up honors in 1996, and were state champions in 1990. In 1992, Bob was an assistant coach for the North Team in the Shrine Bowl All-Star game. Bob was a member of the WHSFCA for 24 years and a District Representative for six years. Bob is also a certified WIAA football, basketball, and softball official.

Bob is most proud of the fact that despite a 9-54 record during his first 6 seasons, the coaches and players stuck together and never gave up, turning the next 18 seasons into a 124-44 record. Bob believes he "couldn't have done it without his assistant coaches and his dedicated athletes."